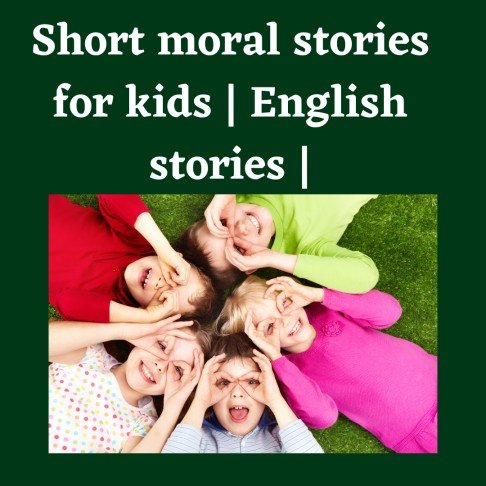 Many fish lived in a river. No one was there to catch them. There were also three small fish among them who were very good friends. One day, all the three fish went away while swimming. There he saw that many people were sitting on the bank of the river and talking about something. A fish said in surprise, “We have never seen so many people together. , The other fish said, “I love this place. We won’t be going back.”

But, the third fish was thinking of something else. “We won’t be safe here.” We can get caught in the fishermen’s net at any time. Let’s go back to our old home. Since this place is not free from any danger,” said the third fish.

The other two fish were very disappointed at the thought of going back. They insisted until the third fish also agreed to stay there. But, the third wise fish was always very careful. One morning, the fish were playing in the water. Two of them did not pay attention to the fishermen’s net. She unknowingly swam on that net. The third fish was alert. He ran towards it to save his friends. He tied the net to a stone.

The fishermen say among themselves, “It seems that a big fish is caught in the net.” He immediately pulled the net from one corner to check. This helped the two fish locate the net and swim in opposite directions.
The third fish swam towards them and said, “I already warned you, but you didn’t listen to me.” ‘We were fools,’ said the two fish. “Let us all go back to our old home.” The two moved back together and lived happily ever after.

Moral: Wisdom and courage can save lives.

Bird Story| There was a beautiful forest and a little bird used to live in it.

All the animals lived with great love. It was a hot summer day when a huge fire broke out.

All the animals were all upset, were very scared, and were thinking about what to do??

Then in a short time, there was a stampede in the forest. The wind was strong and soon the fire started spreading rapidly.

Everyone was worried about his life. All the animals were running here and there to save their lives.

The little bird saw that the people were frightened and the forest was on fire. She could fly. She could have saved herself but she thought she should help other animals.

But what could the poor thing do – soon she went to the nearby river and brought water in her small beak and started throwing it into the fire.

The little bird would repeatedly go to the river and bring little water in its beak. An owl was passing there and saw this movement of the bird and said to itself how stupid this bird is.

Can this fire be extinguished by filling water in its beak?

Thinking this, the owl goes to the bird for the purpose of making fun of the bird and says – “What are you doing? Are you the idiot who is trying to put out the fire like this? Can this fire be put out?”

The little bird replied with great humility – “With my little effort nothing will happen, hardly this fire will be extinguished, but should we keep our hands on our hands? We have to do whatever we can. The effort is the big thing. I’ll keep trying, no matter how fierce the fire is.”

Hearing this from the bird, the owl was very impressed and started helping the bird by inspiring other animals. By doing this all the small and big birds started helping in extinguishing the fire and on seeing it the fire was extinguished.

Moral: We should always try. A person panics and gives up in times of trouble, but we should keep trying.

Once upon a time, there lived a camel and a fox in a forest. He used to go to the river to drink water every day. On the other side of the river was a cornfield. The fox always thought of crossing the river and going to the field. But, he could not swim.

One day he said to the camel, “Friend, I want to eat the grain of that field. I can’t cross the river without your help. Will you put me on your back?”

The camel thought it was a great idea. “this is easy. Tonight, we will go over there and enjoy Makkah together,” he said.

In the night both the friends met on the bank of the river. The fox jumped on the back of the camel and together they crossed the river. Delighted, they started eating fast.

The fox said, “I have eaten enough.” But the camel was still feeling hungry. He couldn’t stop eating. The fox started growling now. When the camel asked him not to cry so loudly, he said, “It is my habit to growl after eating anything.”

In no time the farmers came running. The fox hid behind the bushes. The farmers saw the camel and thrashed it. When the farmer left, the fox came out of the bushes and said, “How bad are these people! I feel so sorry for you.”

The camel didn’t say anything. He took the fox on his back and went to the river. He went into the deep water and rolled over. “Please don’t do that!” The fox pleaded. The camel replied, “It is my habit after eating.”

The fox realized his mistake, but by then it was too late. He fell into the river and drowned.

Moral (Moral Education): What you sow, so you will reap.

Once upon a time, there were four friends. All four did not like to study at all.

All four used to party the whole night. They were partying even on the first day of the exam. And that’s why he thought that he would go to the teacher and tell a lie to him and give the exam later.

After the party, the very next day all four went to the teacher and started lying to the teacher that “Last night we went to a wedding. While returning home from the wedding, the tire of our car got punctured.

There were not many tires in the car, so we had to bring the car to the house by banging it. We were so tired last night that today we are not in a condition to give exams. So can we go through exams later? ,

The teacher listened to him and told him, “You can give the exam tomorrow.”

All four were very happy to hear this. And went home and started studying. On the second day, all four came to give the exam. The teacher made them sit in different classrooms. There were only 2 questions from the question paper. First, what is your name, and second which tire of the car was punctured? All four had told lies, that’s why the answers of all four were different. In this way, the teacher caught his lie.

Moral of the story – Take your studies seriously, never lie, and respect your teachers. 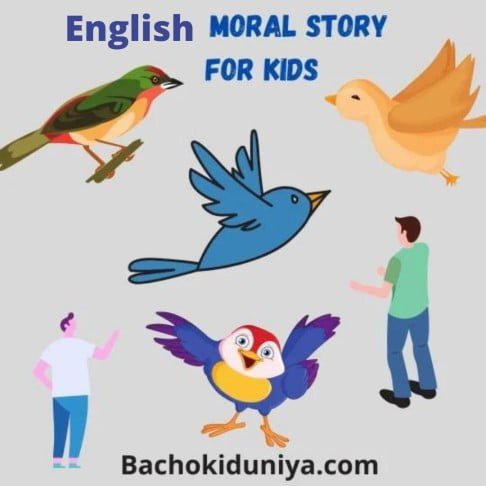 Once a rich man caught a bird and put it in a cage.

The bird started praying to the man, “Please set me free.

Listen, the bird said, “Never cry over the things that have happened.” And never trust useless things.” That is the secret of happiness.

The man did not find this thing special. He said, “It’s just stupid advice!”

The bird flew a little higher and said, “You have made a big mistake by setting me free. There are rare diamonds under my wings. You won’t find any of them now.”

Now the man was really very angry and very sad. The man said, “Oh no! How stupid am I!

You evil bird! Wait until I catch you again.” He started moaning.

The bird said, “Don’t be foolish sir”. “You are the good man that you let me go. So I gave you a good piece of advice. Think about the advice I gave you.

In the first thing I said, don’t cry over what has happened. I am already far away from you. You can’t hold me again. So why make yourself sad about it?

Secondly, how can an ordinary bird like me have diamonds under its wings?

“Those were my useless words”. It is a mistake to rely on such words!

Saying this the bird flew away.

if you like the story please comment down and also you can tell us the topic on which you want a story. 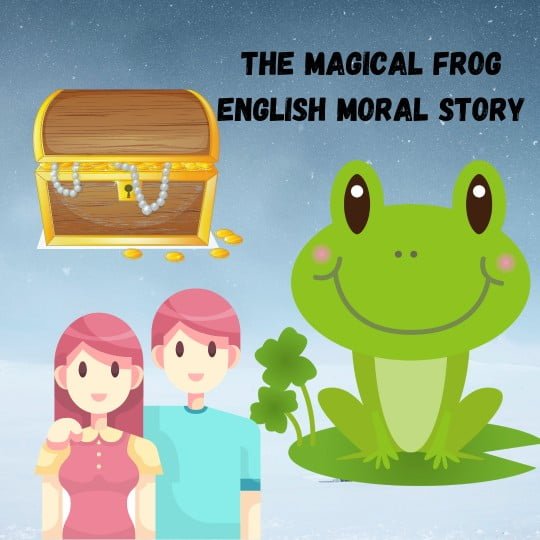 In a village, an old man lived happily with his son Renki and his wife. One day he called his son Renki and said son, now the time has come for both of us to go. But before we die, our wish is when we die, you go to the market and buy whatever you see at first sight, no matter how much expensive it is.

Renki used to listen to his parents a lot. After their death, he did what his parents had told him. He went to the market and saw a silver box. Renki asked the owner of the box, can you sell this box to me? I am ready to pay any price for it. The owner of the box sold that box to Renki for 10 times the price.

Renki came home and showed that box to his wife. When he opened that box, a frog jumped out of it and came out. Both of them began to love the frog. Feed him good food and serve him a lot.
The special thing about that frog was that he was growing up like a man. His diet was also increasing day by day, he used to eat all the food in the house. Renki and his wife had to sleep hungry because of the frog.

One day Frog said to Renki’s wife that, ” you have served me very well. I am very happy that I was taking your examination. You two are really good people, tell me what do you want?” Renki’s wife said, we have not eaten anything for a long time, can you bring food, on hearing this, the frog pointed and a table full of delicious food came there. Seeing this, she was very happy, so Renki also came there.

The frog said that “tomorrow morning you both will walk with me in the forest.” The next morning both the husband and wife went to the forest with the frog. The frog told them, dig it under the tree, here’s something for you. When both of them excavated, they found a box full of gold and silver jewelry. The frog said that you have served your parents and me without any greed, this is your reward for that service.

Saying this, the frog disappeared from there, both husband and wife brought the box full of gold and silver to their house and started living their life happily.

Moral: We should always obey our parents.