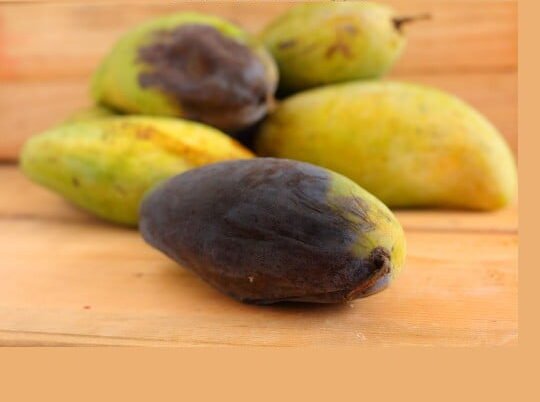 Bad company effect| English Moral story
In this story, the effect of bad company is told through a rotten mango.
Once upon a time, there lived a farmer in a village. Every day he left early in the morning to work in the field, worked very hard in the field, and returned home in the evening.

He was unhappy because his only son lived in bad company. He did not obey his father and never even respected his father.
The poor farmer tried hard to get his son on the right path, but all his efforts failed. He advised his son to stay away from his bad friends, but the son never listened to his father. Finally, the farmer made a plan.
One day, when his son was not at home, he picked some fresh mangoes from his garden. He kept a rotten mango with fresh mangoes and waited for his son to return.

When the son returned home, his father said, “Here is a basket of mangoes, please put them in a corner of the kitchen.” This was the same basket in which the farmer had kept a rotten mango along with fresh mangoes. The son did what he was told. He saw that in a few days all the mangoes were rotten. He felt sad and went to his father.


His father said, ‘I had kept a rotten mango among the fresh ones. You might not have thought that a rotten mango can spoil the rest of the mango as well. So you didn’t feel the need to throw it away. Similarly, you are not able to feel the ill effects of your bad company.”
The son understood what his father wanted to say. He promised his father to give up all his bad habits and make his father feel proud of him.